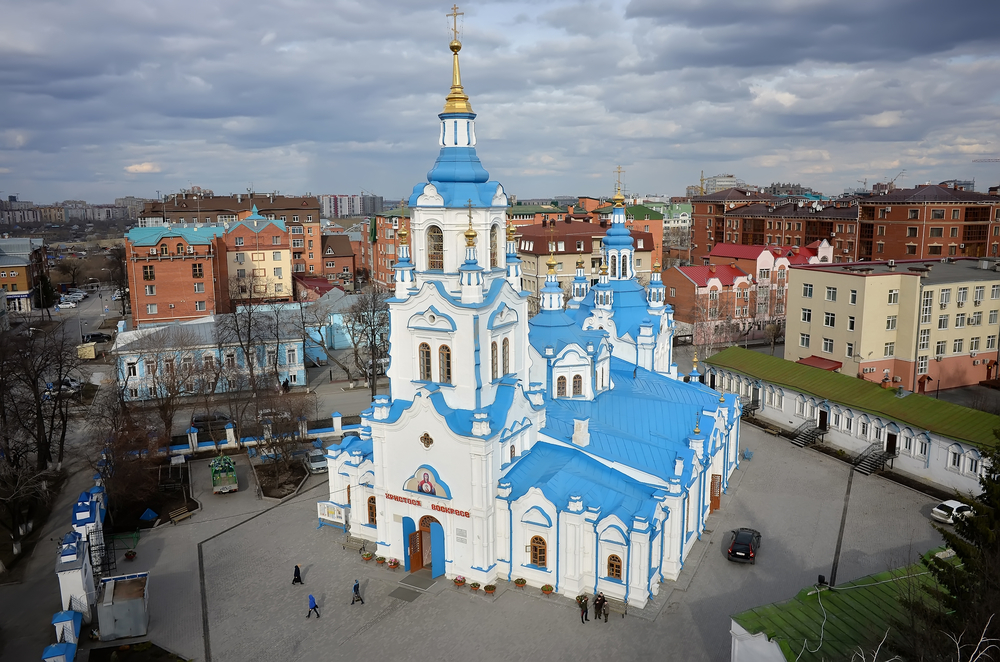 Novgorod is an old capital of Russia and the home of the Russian statehood. According to the legend, Riurik, the founder of the first Russian imperial dynasty, reigned there. From the XIIth to the end of the XVth century the city was the capital of the richest Novgorod Republic that traded with Europe and was famous with is people’s assembly “veche” and everybody’s literacy. Now Novgorod is one of the best preserved Russian cities attracting a lot of tourists. The historical centre of the city is protected by the UNESCO. 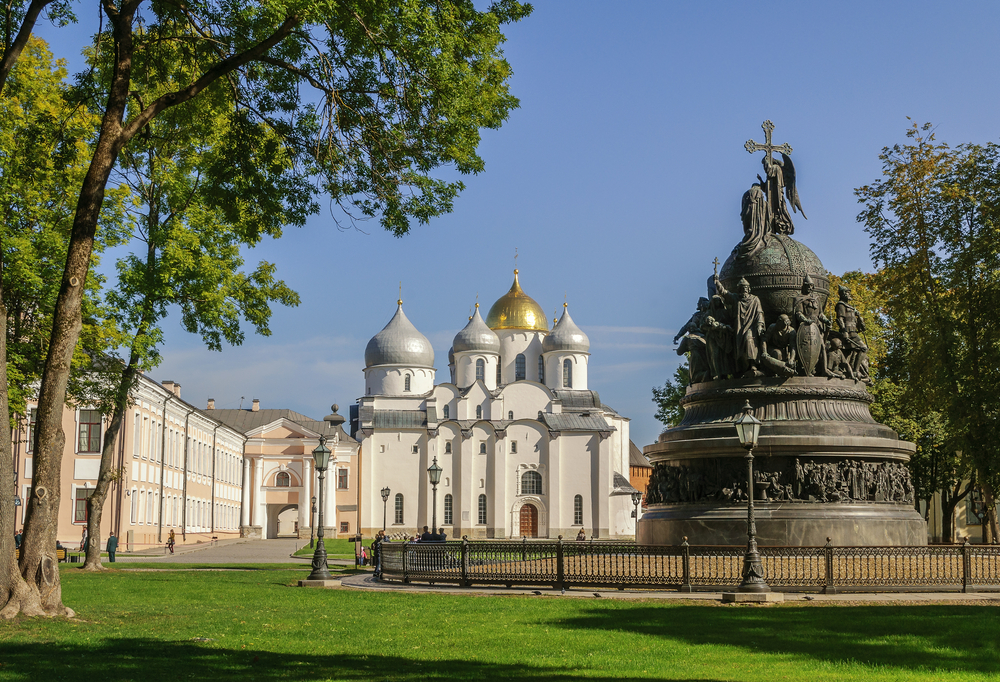 Undoubtedly it is worth visiting the robust Novgorod Kremlin founded in the XIth century – the oldest in Russia. Its “heart” – the white-stone St. Sophia Cathedral – is also the oldest in the country. Inside there are fragments of the XIth century frescos and unique writings of churchgoers on the walls. The Kremlin is proud of its Museum with a brilliant collection of Russian XI-XIX century antiquities. The Millennium of Russia Monument with images of famous historical figures, which is located in the Kremlin, is also impressive. 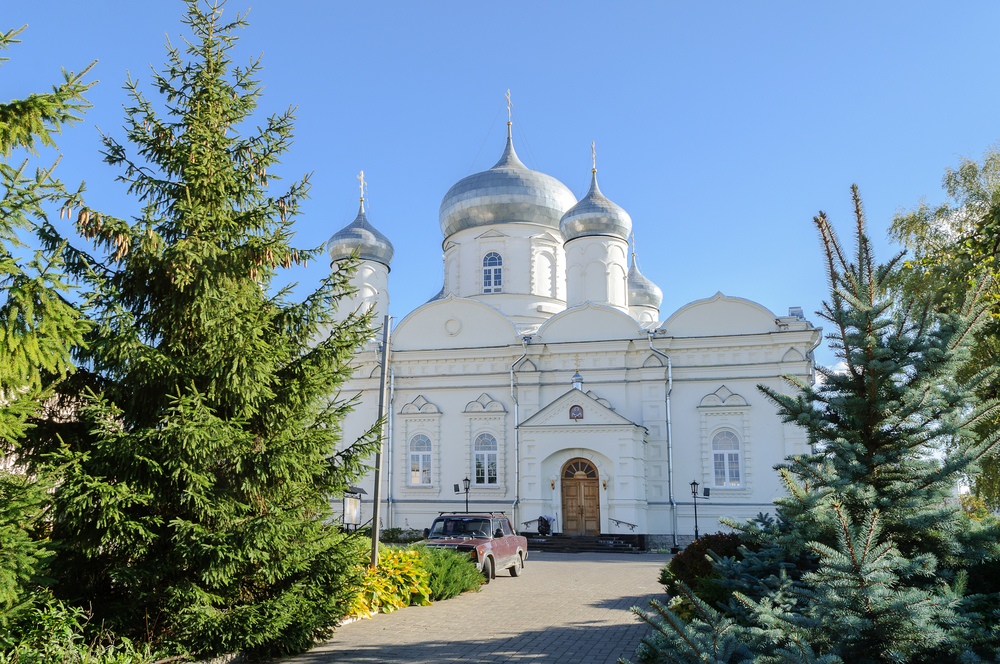 Novgorod has preserved a whole bunch of ancient churches and monasteries of the XI-XIX centuries. They are especially abundant in the place called the Yaroslav’s Court, where you can admire the ensemble of small XII-XV century churches. Among other city churches, the Church of the Transfiguration on Ilyina Street stands out. This is the only church in Russia, where XIV century frescos by Theophanes the Greek (Feofan Grek) are preserved. Not far from it you will see the XVII century Cathedral of the Virgin of the Sign (Znamensky) looking like a fairytale tower. 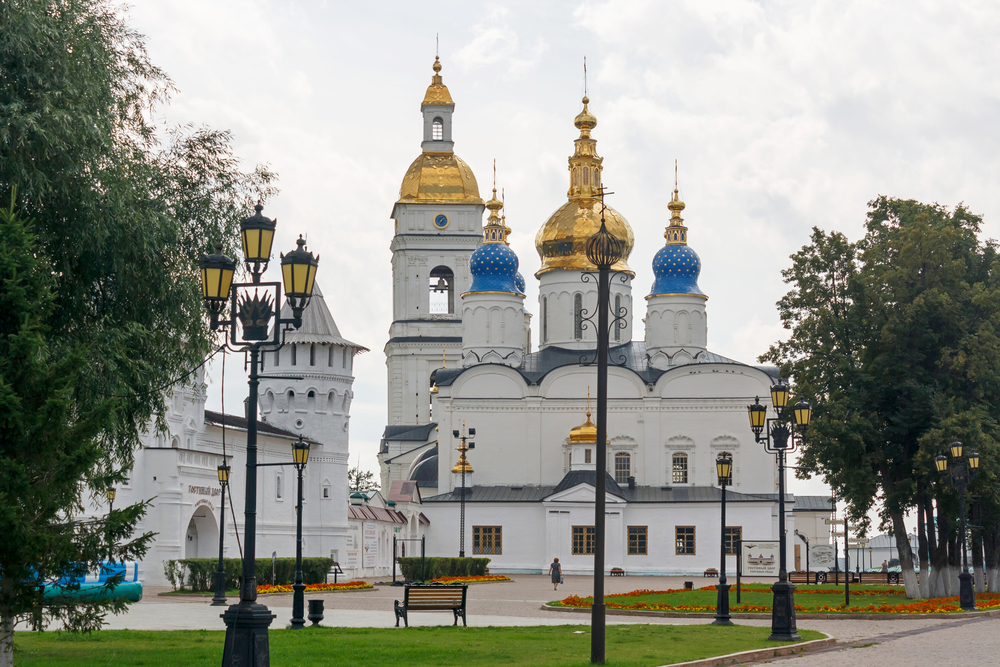 Pilgrims and tourists are also lured by impressive Novgorod monasteries: Zverin, St. George’s (Yuriev), Holy Spirit, Nikolo-Vyazhishchskii…  Wooden architecture and Russian traditions are presented at the Vitoslavlitsy Museum. Generally Novgorod offers full freedom to tourists: wherever they go they will inevitably find a historical attraction. However, not everyone’s feet will be able to stand such a marathon. So not without reason an amusing modern Monument to a Tired Tourist was installed on the picturesque Sofiyskaya Embankment.

Churches at Yaroslav’s Court: 10:00-18:00, days off differ, but usually those are Tuesday and Wednesday. Tickets to all churches shall be bought separately, the price is from 80 to 200 roubles.