There are few places around Moscow that have preserved their authenticity. However, some towns and estates located within 1-3 hours from Moscow still offer tranquility from the metropolitan noise. 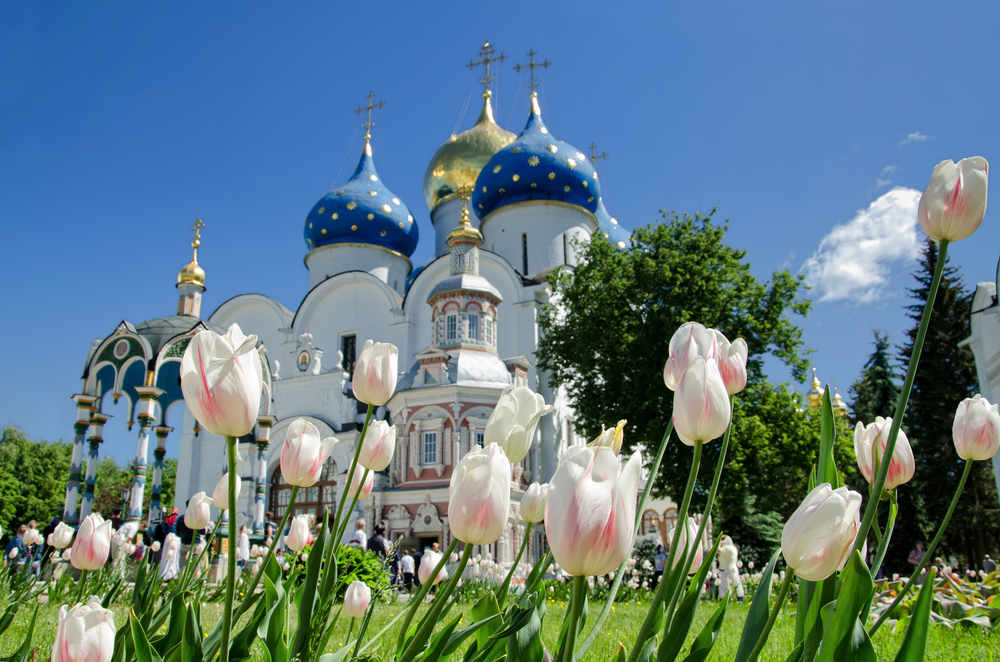 The main attraction is the Trinity Lavra of St. Sergius, the legendary (the largest in Russia) phratry with beautiful cathedrals and buildings of the 15th – 18th centuries was regularly visited by Russian Tzars. It is included in the UNESCO World Heritage List. The founder of the phratry is one of the most respected Russian saints known as Sergius of Radonezh (his relics are also kept there). It is also wise to visit the Historical Art Museum Preserve, which is dedicated to the history of the town and Russian crafts. Another attraction is the Toy Museum, where you can find the toys of the last Russian Tzar Nicholas II’s children and other interesting “children’s darlings” of the 19th century and Soviet times.

To get there, take a suburban train from Yaroslavskiy railway station to Sergiyev Posad station or bus No 388 from a bus station near the VDNKh metro station. The average travel time is 1.5 hours. 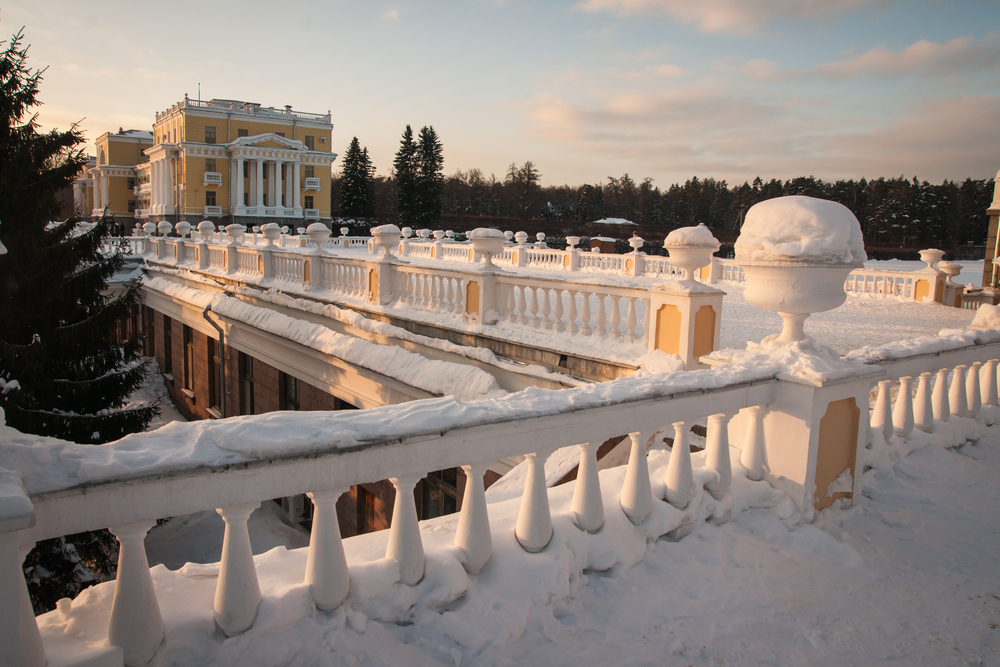 A brilliant estate at the end of the 18th – beginning of the 19th century belongs to the rich Yusupov family is now the favorite of Moscow new-weds. The large park located on a river bank with sculptures was recently renovated. The various palace is photogenic and often becomes a venue for jazz and classical music open-air festivals.

To get there take a shuttle bus or bus No 541&549 from Tushinskaya metro station, bus stop “Arkhangelskoye”. The travel time is about 30 minutes.

This is a small town of one square kilometer with attractions from various epochs. This is the Kremlin, the historical part of the city with the ancient 12th century earth wall that is used to protect the town from invaders. Now, anyone can take a walk to the top of the wall and enjoy the beautiful view. In Kremlin, it is wise to visit the white-stone 16th century Assumption Cathedral and the museum dedicated to the history of the territory. Close to the earth wall comes a Kropotkinskaya pedestrian Street with sculptures depicting various colors of the 19th century city inhabitants. For instance, you will see a teacher hurrying to the lesson, a reputable merchant, and a thoughtful pilgrim. The sculptures were installed in 2003 to celebrate the 850th anniversary of Dmitrov and are admired both by tourists and by local people. If you have some time, you can visit the quiet Boris and Gleb Monastery with white-stone 17th century churches.

To get there, take a suburban train from Savelovsky railway station to “Dmitrov” station or bus No 401 from Altufyevo metro station. The travel time is 1.5 hours. 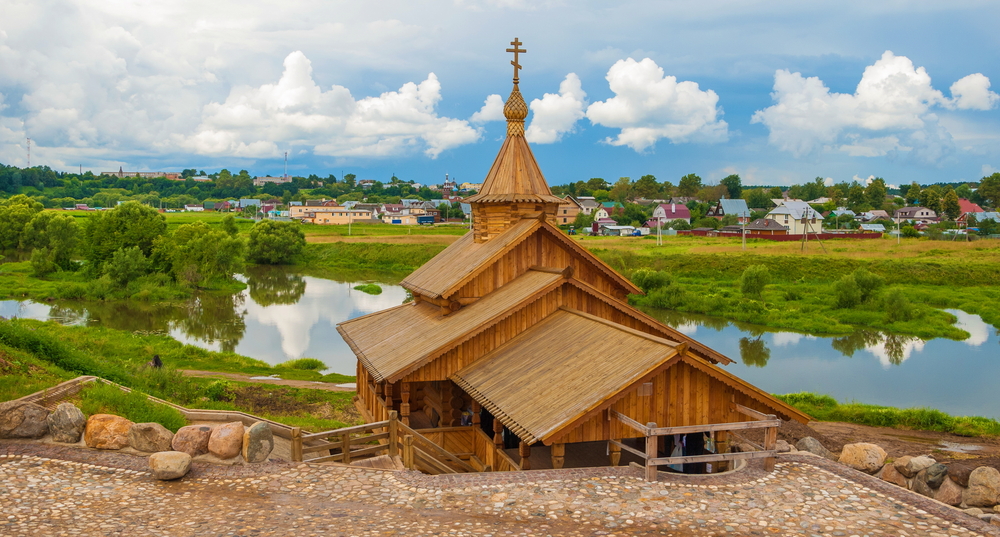 Kolomna is said to be one of the most beautiful towns of the Moscow metropolitan area. The main attraction of the town is the robust 16th century Kremlin made of red bricks with 2 ancient monasteries inside. The Kremlin is surrounded by picturesque buildings typical for a provincial merchant city of the 19th century. The white-stone Church of Nikola Posadsky (with its amazing 5-level roof in “Moscow patternwork” style) is also interesting. Those who love the Russian National Cuisine can visit the Museum of Russian Marshmallow, as well as Museum “Kalachnaya” dedicated to Kalach – the traditional Russian bread. At both museums, you will be shown all the secrets of making the local delicacies, the gourmands will enjoy the taste tests and take the opportunity to buy the delicacies they like in the museum shop.

To get to Kolomna, take a suburban train from Kazansky railway station to the station “Kolomna”. The travel time is 2.5 hours. To get to the downtown from the railway station, take tram 9. 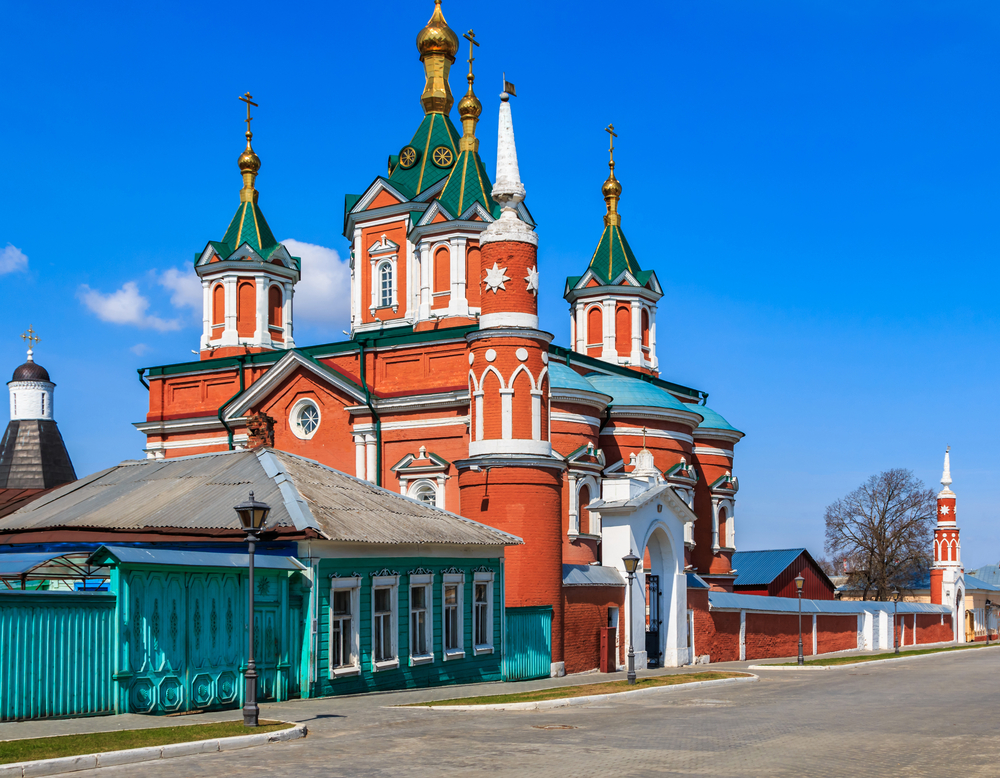 This town is famous with its Alexandrov Kremlin, it is the residence of one of the cruelest and infamous Russian Tzars Ivan (the Terrible). In the Kremlin, you can see residential rooms of the Tzar and several beautiful churches built by his personal order. In Alexandrov, you can also visit Merchant Pervushin’s House – a nice exposition of the 19th century merchant’s everyday life.

To get there, take a suburban train from Yaroslavskiy railway station to station “Alexandrov”. The travel time is 2 hours 10 minutes. 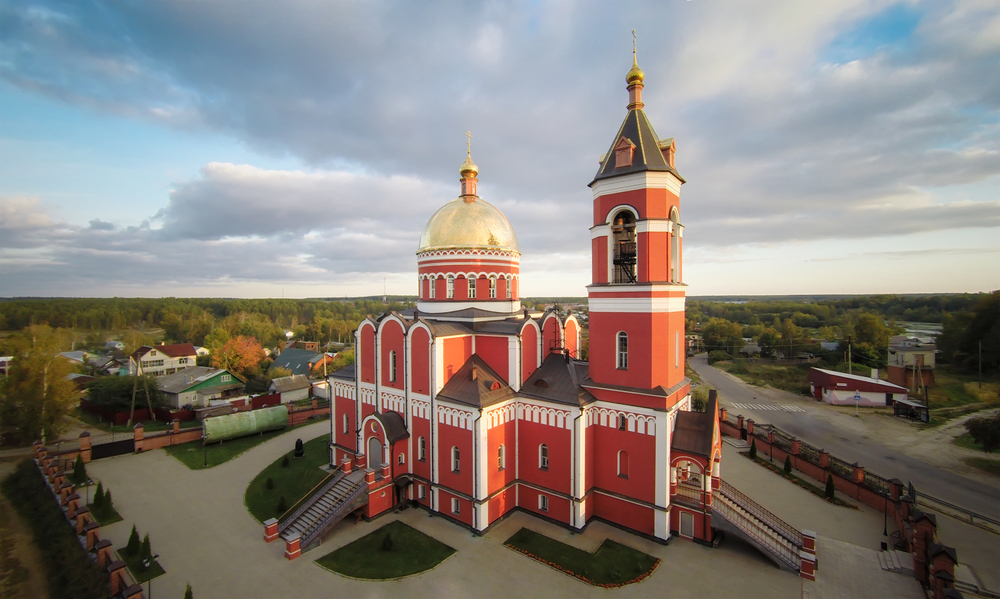 This is a quiet town that would have been in the typical provincial Russian regional center with low-rise ancient buildings, a main street with the majority of restaurants (Lenina St.), several nice churches, and the memorial house of the great townsman (the memorial house of Father of the Russian cosmonautics K.E. Tsiolkovsky), but a miracle had happened. The miracle (and simultaneously the new face of the town) was created by the local artist Vladimir Ovchinnikov who painted ordinary town houses with… frescos! Some of them depict historical people, some show scenes from the urban life, and many have philosophical implication. However, the main thing is that the frescos harmonically interlace with the urban landscape and there is no similar town near Moscow.

To get to Borovsk, you will have to make a connection. First, take a suburban train from the Kievsky railway station (indirection of Kaluga) to the station “Balabanovo”. Then at the railway station square, take a bus or a shuttle bus in Balabanovo-Borovsk or Obninsk-Borovsk to the station “Borovsk”. The total travel time is 1.5 hours by suburban train and 30 minutes by bus. It is better to start in the morning as buses leave more often.